From country, folk, and rock n’ roll to punk, grunge and new-wave scenes, to Indie and alternative music, the Horseshoe has been a cornerstone in downtown Toronto for over 70 years at 370 Queen Street West, a place to hear the latest and greatest bands.

1980s dancers play homage to the music that might have echoed from the speakers at the Tavern in the 1950s. During the 1980s, the Horseshoe Tavern was temporarily transformed into a 1950s-style dance club known as “Stagger Lee’s.” The black and white checkerboard pattern on the floor dates to this 1980s phase of the Tavern’s life.

In the late 1940s, Jack Starr bought the former blacksmith shop on Queen Street West, opening the Horseshoe Tavern on December 9, 1947. Ironically, Starr may not have known about the building’s blacksmithing history when choosing the name “Horseshoe.” Maybe he was just hoping the business would be lucky.

Starr’s new business became known as a country and rockabilly sit-down restaurant. In the mid-1950s, Starr turned the club into a 500-seat live music venue. Known as Nashville North, many country music fans came from both outside of Toronto and from the United States to listen to acts like Marvin Rainwater. Rainwater, who was from Kansas, belted out songs like "Gonna Find Me A Bluebird", evoking images of his prairie cowboy homeland.

Living up to his name, Stompin’ Tom carried a piece of plywood with him to stomp on carrying out the beat of the music instead of making dents on the stage. He recorded both a live album at the Horseshoe Tavern in 1971 and a music documentary, This is Stompin’ Tom, in 1972.

Come all you big drinkers, and sit yourself down
The Horseshoe Tavern waiters will bring on the rounds
There’s songs to be sung
And stories to tell.

A change in ownership at the Horseshoe Tavern in the 1970s meant a change in music. Country was out and punk was in.

Gary Cormier and Gary Topp (known as The Garys) took over booking music for the Horseshoe in 1978, abandoning the venue’s country music image. They began to book up-and-coming prog rock, new wave, and punk bands from Canada, the US, and England for the Horseshoe, bringing in a new and very different crowd of music fans.

The Garys brought a new sound to the Horseshoe, bringing in then-unknown band, The Police, to make their North American debut in November 1978. However, after only eight months on the job, the Garys were asked to leave. The duo put together The Last Pogo, a two-night punk party featuring Teenage Head, the Viletones, the Mods, the Secrets, and the Cardboard Brains. The party's name paid homage to the Band’s final concert in Martin Scorsese’s 1978 film The Last Waltz.

A poster for Jamaican-Canadian reggae musician Leroy Sibbles performing at the BamBoo Club on 312 Queen Street West, just a few doors down from the Horseshoe Tavern.

After several owners tried unsuccessfully to get the space back to its country roots, the Horseshoe Tavern closed temporarily. By 1983, with the space cut in half, new owners Kenny Sprackman, Richard Kruk, and X-Ray MacRae breathed new life into the Horseshoe with a focus on Canadian rock bands.

The move paralleled a revitalization along Queen Street West, filled with new energy and creative people coming together from various cultural, artistic, and musical backgrounds.

Live music on Queen Street reached a new peak, with several venues setting up shop in the neighbourhood, including the Cameron House (opening in 1981), the Rivoli (1982), and the BamBoo (1983).

Listen to Yvonne Matsell, Toronto’s leading booking agent and the "Queen of Queen Street" as she speaks about her work booking both the clubs, Ultrasound Showbar and the Horseshoe Tavern, during the 1980s and 1990s. 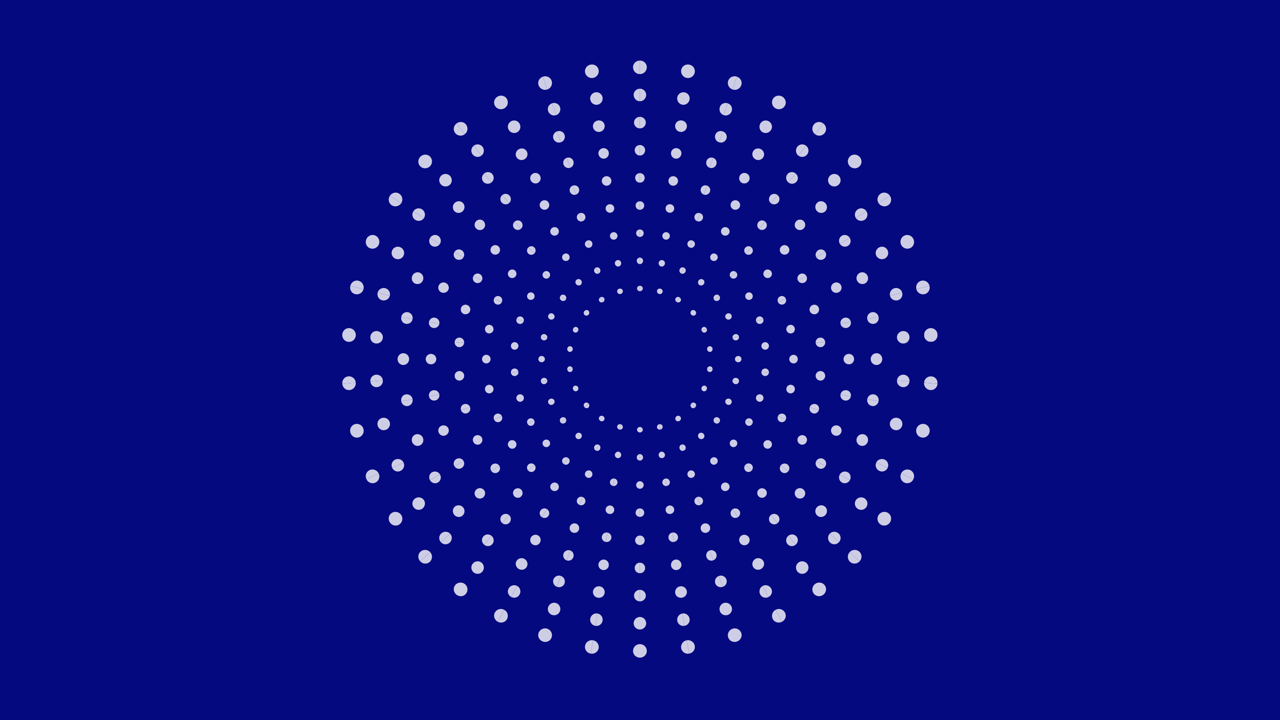 Hi, my name is Yvonne Matsell and I've been a Booker of numerous clubs in Toronto and I’ve had a history with many Canadian acts.

The Horseshoe, okay. When I was at Ultrasounds, Richard was a partner with, there were three partners. X-ray Kenny Spackman and Richard, and they had varying degrees of ownership in the two clubs.

So, because I had been doing so well at Ultrasound. And again, it was a small venue, but I, I just had my ear to the ground for the bands that was suddenly becoming the darlings of the Toronto press.

I found that, you know, Kenny had come to me one time said, you know, there's an article in the Star, that's the 10 top bands in Toronto and you're booking eight of them.

So he had figured out that I sort of knew what I was doing?

And he, he just felt like the Horseshoe was getting a bit stagnant. So the same bands were playing you know, and it, wasn't a very exciting scene for them. So he wanted me to start book in the Horseshoe as well. So I actually booked the two clubs simultaneously for a few years and, um, managed to get best club in Toronto for the Horseshoe because of the booking. The record labels then started coming to me, bringing me, you know, Concrete, Blonde played there.

You know, that was a band that was big at the time. But yeah, we had lots of really cool things happen in them. So I could build a band at Ultrasound. And when they got too big, I would just move them up to the Horseshoe. So it was a really good process. The bands to be able to stay within the. It's called the XL boys because they were, um, wore XL clothes.

So, so it stayed within those guys' hands basically.

Jim Cuddy and Greg Keeler play at the Horseshoe Tavern in 1986.

One great show can make a band. Just ask Jim Cuddy and Greg Keelor of Blue Rodeo. After playing the Horseshoe one night, John Caton approached the band, asking if they had a manager. Jaded from bad experiences with the music industry and a failed trip to New York City, Blue Rodeo wasn't interested. Caton wouldn't let up.

To convince the band, he could make them rock stars, Caton called every contact in the music business he knew, inviting them down to the Horseshoe to hear the next big thing play. The band showed up for thier next gig to a packed house of 250 people, most of them from the music industry.

Caton had done his job and the band signed a management deal with them shortly thereafter. After several JUNO Awards, including Band of the Year, everyone agreed it was a pretty good decision.

The story of the Horseshoe Tavern is to a certain degree the history of how Toronto grew up. (…) There are not a lot of cities in the world that can boast a stage that has nurtured so may international and local musicians.

The Horseshoe Tavern’s checkerboard floor pattern features in a song lyric by one of Canada’s most well-known bands, The Tragically Hip. Their JUNO Award-winning Song of the Year, “Bobcaygeon”, tells the story of a police officer coming back to Toronto at the time of the Christie Pits Riot in 1933.

The 1933 event is a touchstone in the history of race relations in Toronto, in which Italian and Jewish communities protested the display of racist and anti-semitic sentiment in a public park.

...That night in Toronto, with its checkerboard floors
Riding on horseback, keeping order restored
Til the men they couldn't hang
Stepped to the mic and sang
And their voices rang with that Aryan twang.

Listen to award-winning professional photographer, Ryan Bolton, speak about how his love of music inspired him to become a music photographer, and his ability to capture the energy and spirit of the bands at a variety of venues including the Horseshoe Tavern.

Ryan Bolton: Hi, my name is Ryan Bolton and I’m a photographer here from Toronto.

Some of my favorite memories…one goes back actually to the Horseshoe here in Toronto. You know, I've been going to the Horseshoe for years and I had the opportunity- was actually photographing for North by Northeast and it was years ago with BlogTO. And I’d…we had just, my wife and I, we had just seen…Flaming Lips were doing the Yonge-Dundas show. And so you know, it’s a free show and he look…you know, Wayne Coyne walked into the crowd on the giant, like, orb, and you know all the balls are going flying and everything like that.

But then we’d just found out that there was that show, it was like a secret show but it was then known of The Lumineers playing at the Horseshoe and I remember we biked across the city as fast as we could and saw the biggest lineup, you know, around the corner of, like from the Horseshoe down by the CIBC like up Spadina. And that was the only time I've been so proud to have a media pass because we like, you know pressed…and then this is when Lumineers were just coming out and you know, they just had their first album out and, you know, it was going wild.

I remember just that packed room and how many times now just seeing a packed Horseshoe with, you know, a different one of those bands that everyone goes, oh my gosh, the Rolling Stones played here, you know? You know, one of those moments where it's like you can feel…you feel…and the sweat is everywhere and you know the smell but it…just the energy of that room is, you know, it's impossible to recreate and then even more recently actually…one of my favorite bands is Wolf Parade who's actually out of Montreal.

And this magazine, I’m not actually going to mention their name because they couldn't get it together to actually get the interview to run the piece but I got the opportunity to photograph Wolf Parade at the Horseshoe. Like the Horseshoe just opened it up for us. So my friend and I came in. We lit it and, you know, went to the green room and…and that was one of the things to kind of matching, you know, the band’s energy like Wolf Parade with like the energy of the green room.

That, you know, it's kind of graffitied black room in the, you know, the basement of the Horseshoe. Just then to be able to photograph them and those photographs, you know, haven't been published but I love those photographs and that was an opportunity for me just to you know work with a great band and a iconic place in Toronto.

The Horseshoe remains a “fixture in the Canadian musical landscape” and a favoured bar of locals and visitors from around the world to catch the latest music acts.

Current owners Jeff Cohen and Craig Laskey modernized the venue once more, changing both the interior and business structure while continuing to promote music for, by, and in Toronto.

The Horseshoe is a beacon for music lovers, a pilgrimage place for those who love and understand its significance as part of Toronto’s rich musical landscape.

Explore the related page Beginnings: Starting Out in Toronto 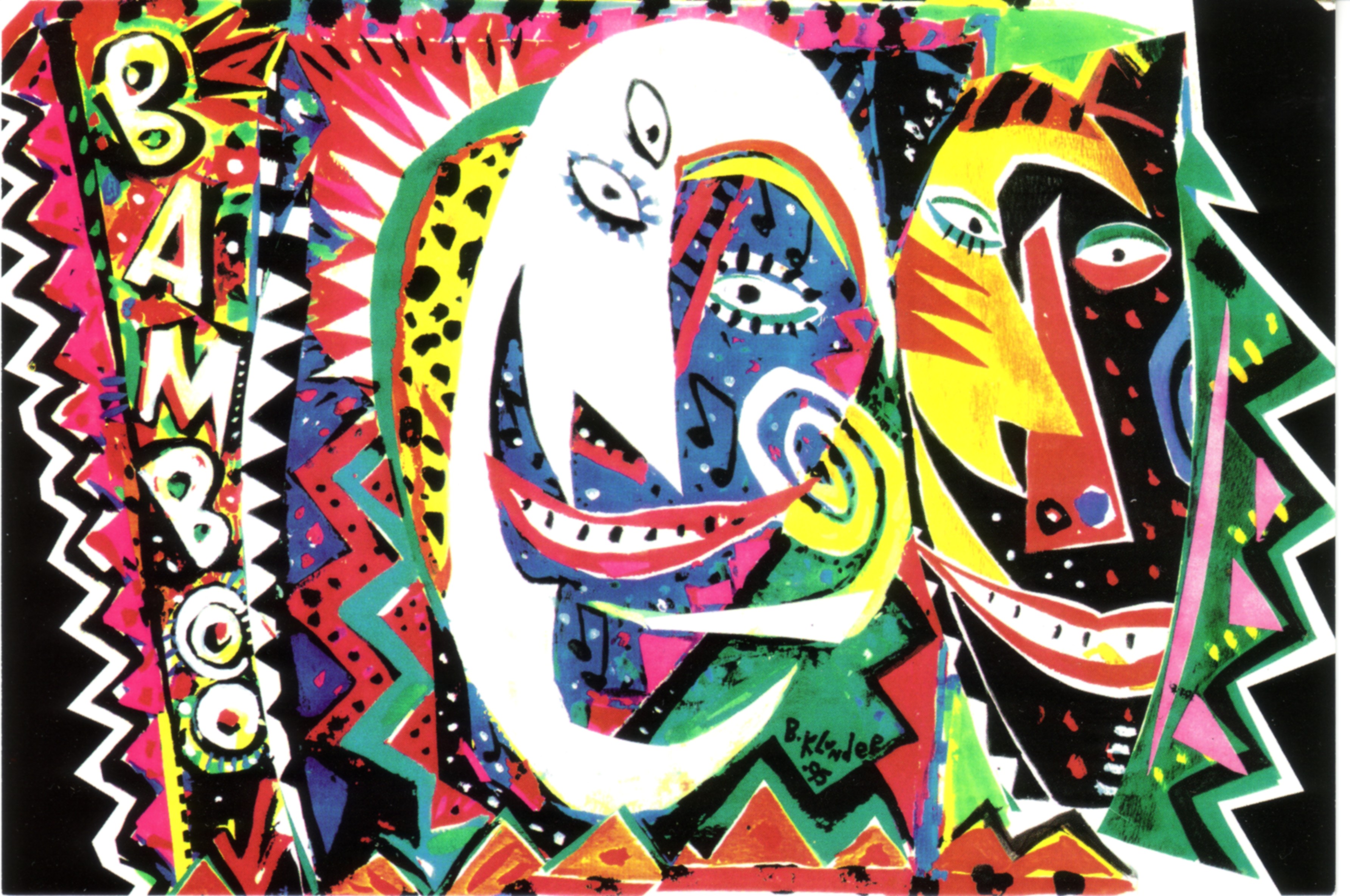 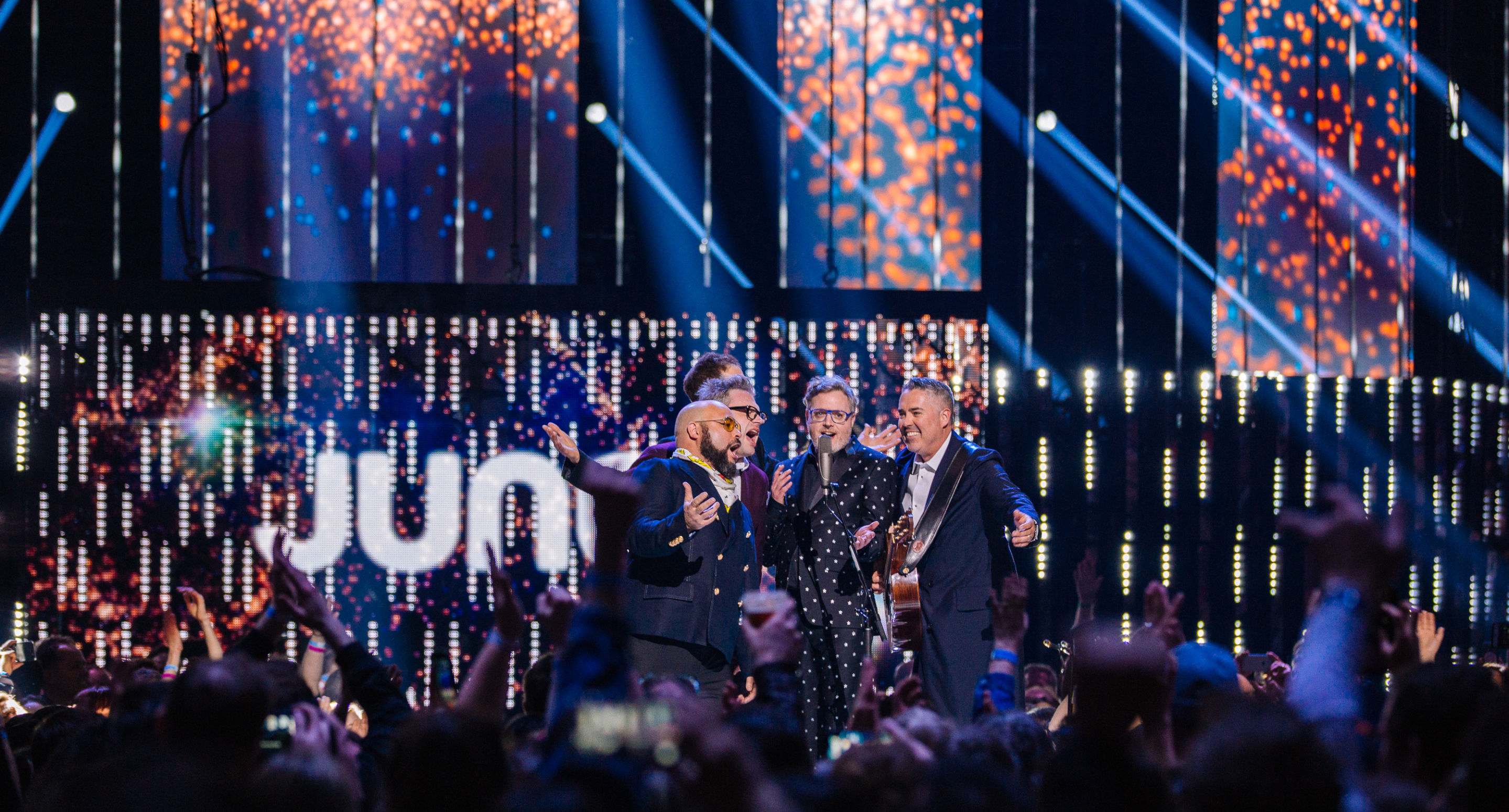 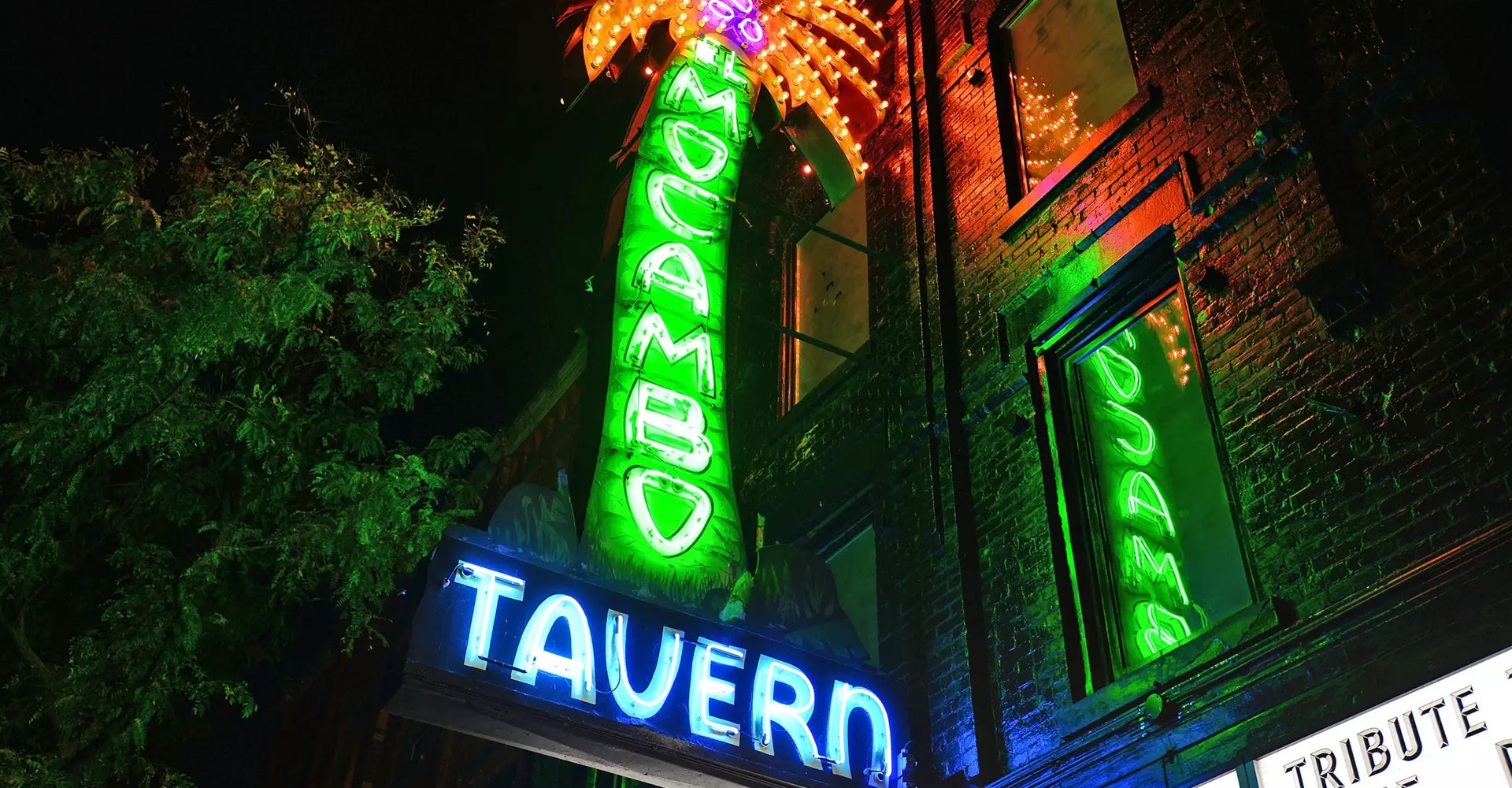